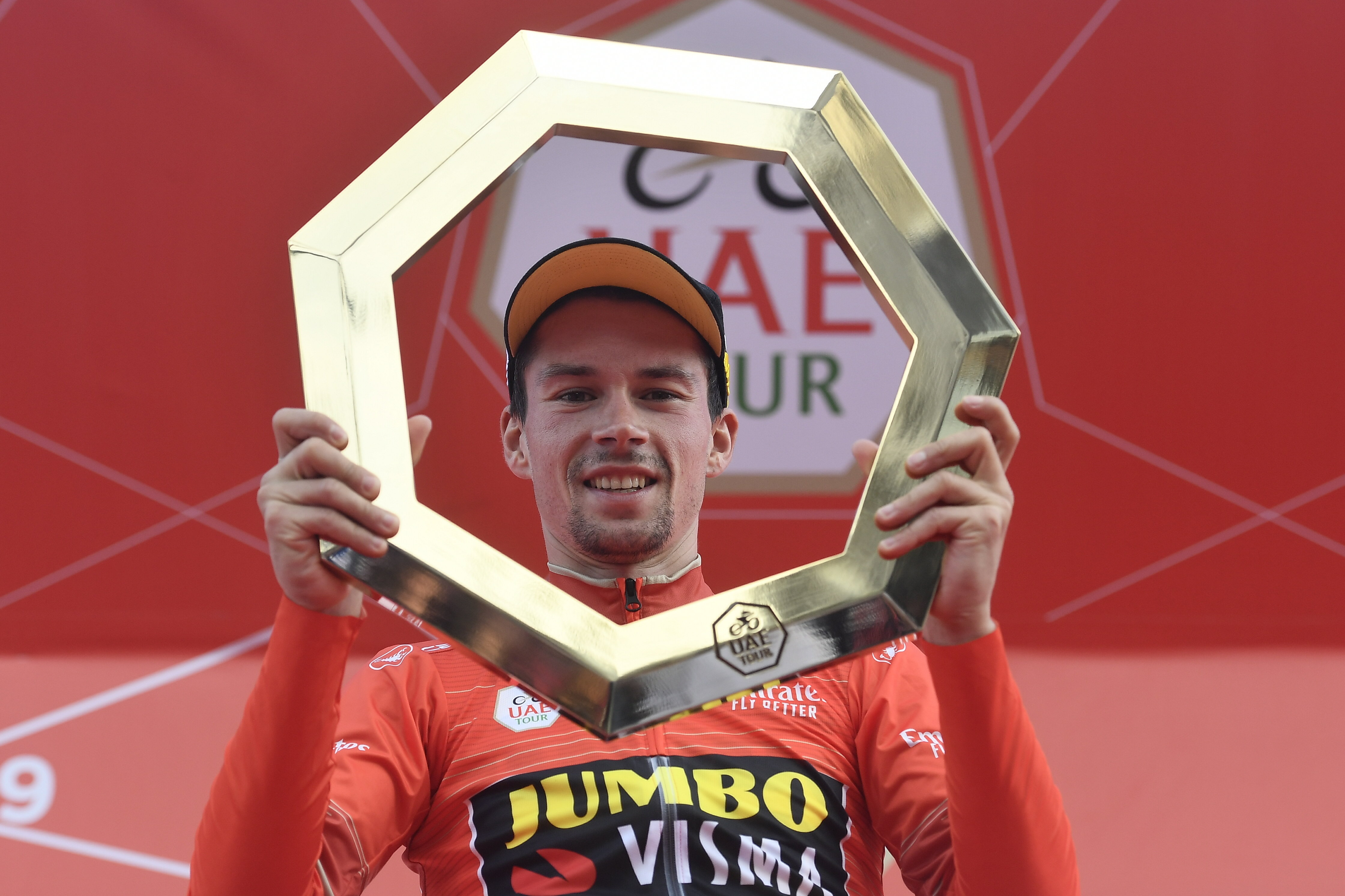 City Walk, Dubai, 2 March 2019 – Ireland’s Sam Bennett of Bora – Hansgrohe outsprinted the rest of the field in Dubai City Walk, including previous stage winners Fernando Gaviria and Caleb Ewan, plus Elia Viviani who settled with winning the Points classification. Primoz Roglic was declared the overall winner of the inaugural UAE Tour. The Slovenian from Team Jumbo – Visma led the race from start to finish and capped it off with an individual stage victory atop Jebel Jais. World Champion Alejandro Valverde and best young rider David Gaudu rounded out the final podium. 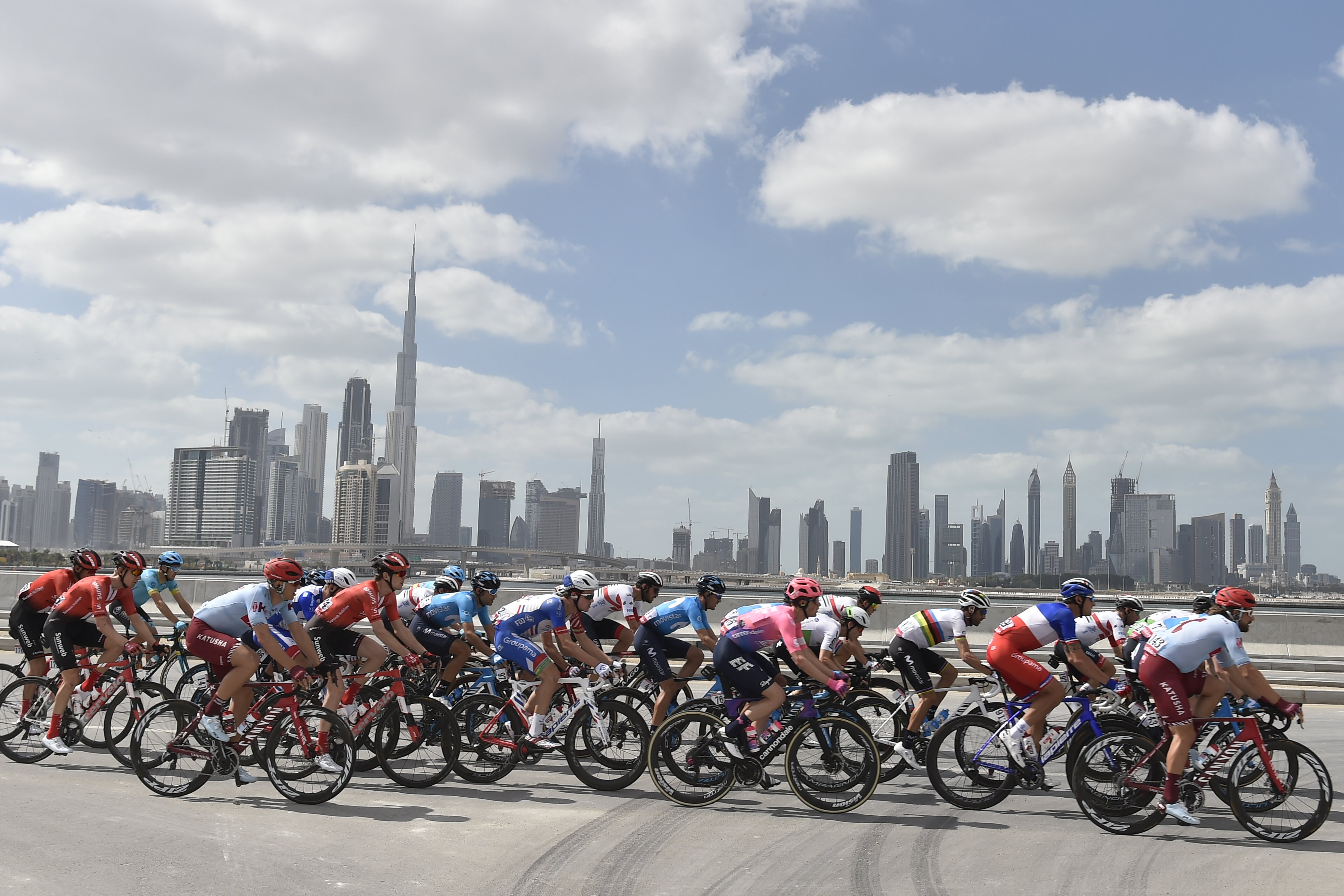 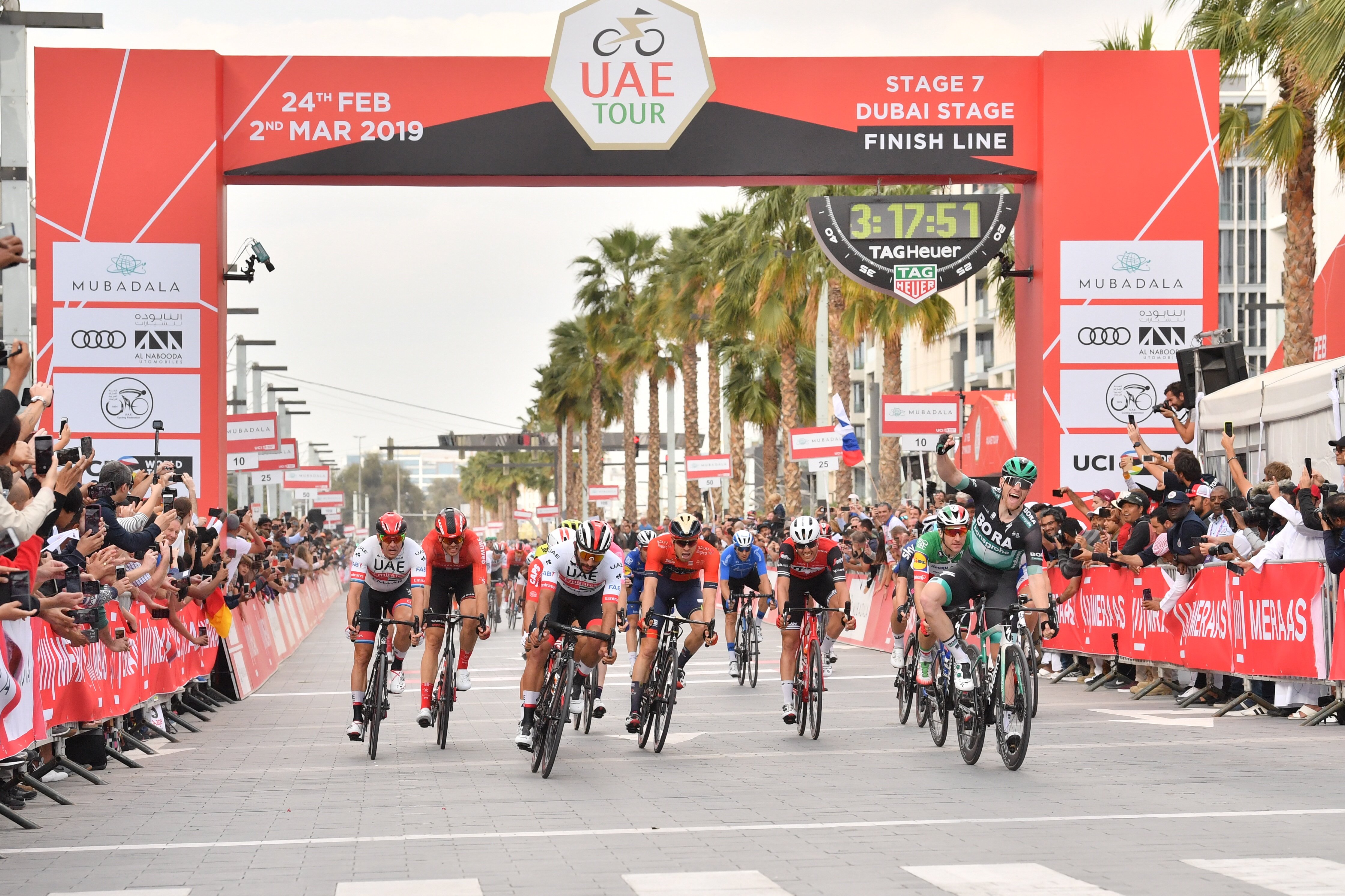 The UAE Tour winner, Primoz Roglic, said: “I only started cycling in 2012, I was a ski jumper before. I didn’t feel it went quickly and easily, but it’s been hard for me to get to this level of performance. Before coming here, I was told it’s an easy and quite boring race but it was nothing like that this year. The TTT and Stage 4 to Hatta Dam made it a hard race overall in addition to the uphill finishes. It was full gas every day with wind and sand in the desert, so we’re happy to go home and take some rest. I’m even happier to leave Dubai with this victory in my bag with so many big names in contention. It’s been a huge pleasure to race this inaugural UAE Tour.”

Second classified in GC, Alejandro Valverde, said: “Most importantly I’ve finished the UAE Tour [despite having fever] but with the stage win and the second place overall, I can be very happy with what we’ve achieved here thanks to the help of my team. Roglic has been very strong, hats off to him and to his team who also did a great job. I hope to keep racing like this for the rest of the year.”

Third classified, David Gaudu, said: “I’m very proud of finishing third in the overall ranking of the UAE Tour and win the White Jersey at the same time. This is my first podium in a WorldTour race. It was very stressful today because of the wind so none of the GC contenders tried to attack. Now my ambitions will be on the up when I’ll get to participate in WorldTour races, but the main goal of the year is to race with Thibaut Pinot and we’ll try to get the best possible result at every race we’ll do together.”

The Stage winner, Sam Bennett, said: “I just asked the guys to get me in Fernando Gaviria’s wheel in the last corner. A lot of teams wanted his wheel but I managed to defend it pretty well. There are too many trains here so instead of making one more and having too many people trying to do the same thing, it was easier for me to ride this way. This victory makes me feel I’m one of the fastest in the world. It’s confidence building too. The UAE Tour has been a fantastic race, well organised with good weather, good racing for the climbers, for the classics riders, and for the sprinters. People are super friendly here. It’s a beautiful place for a bike race.” 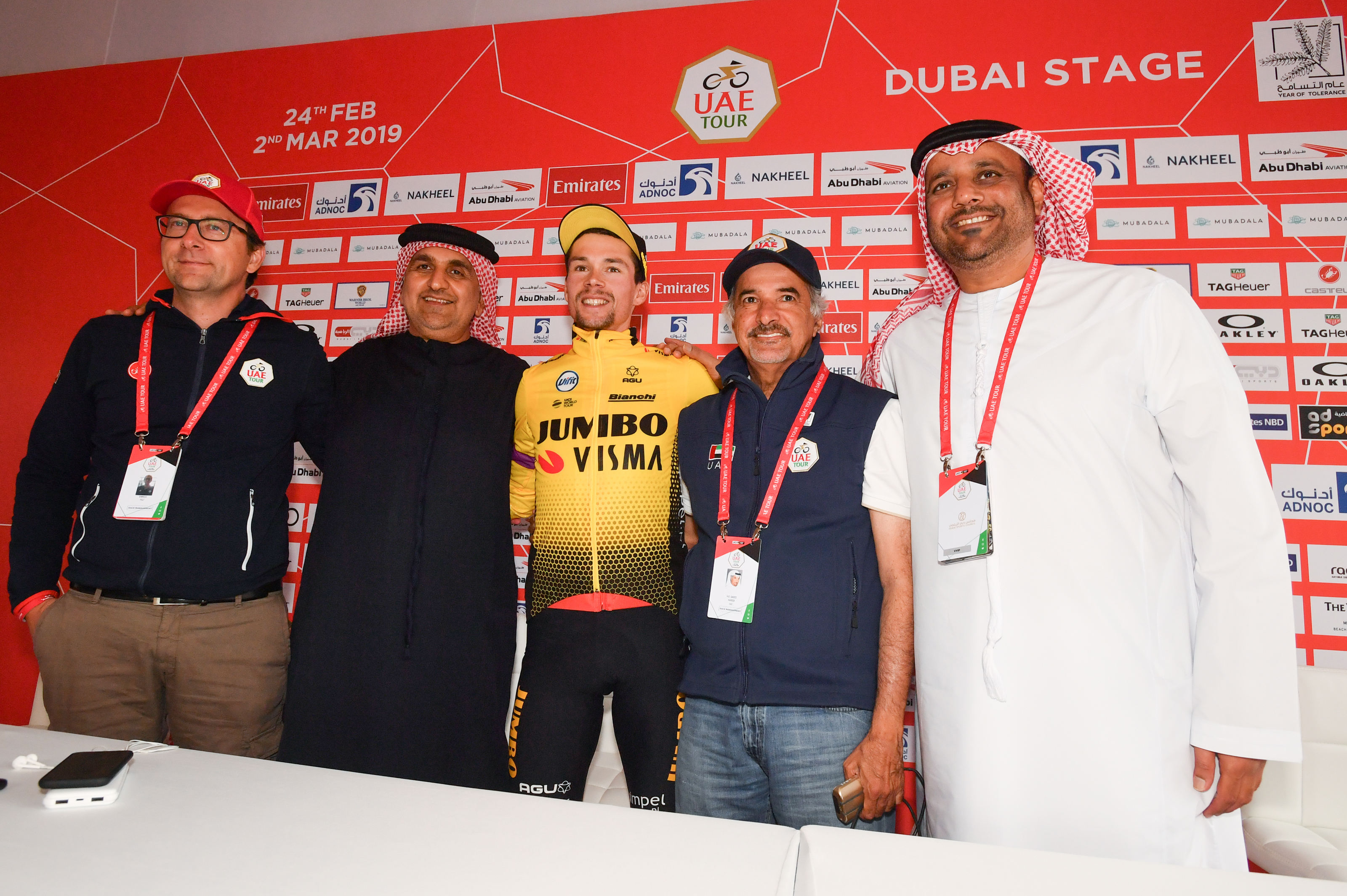 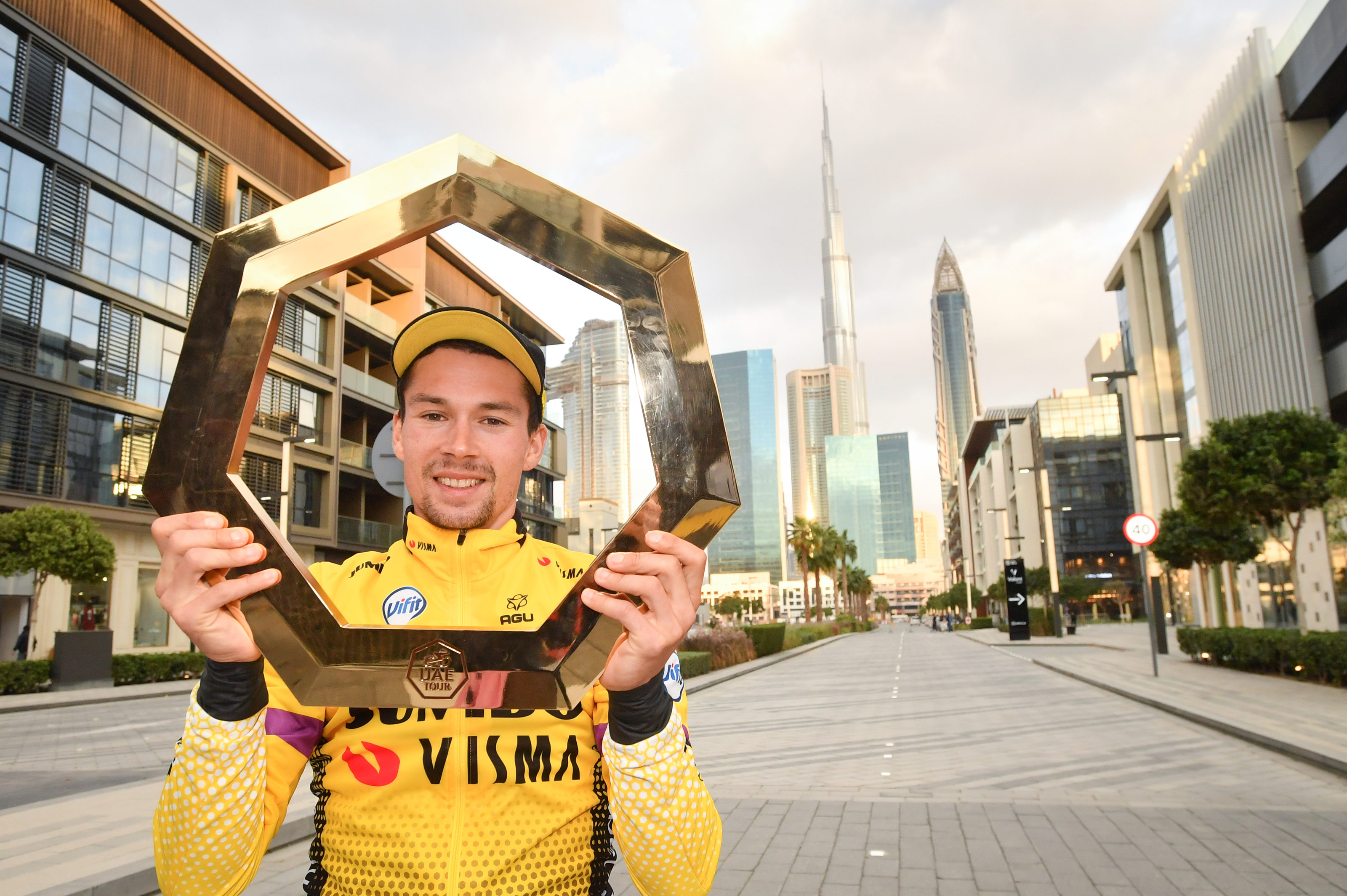 From the official online pressroom the media can download high resolution pictures of the race. In order to download the pictures, just go to http://pressroom.rcssport.it/ (username: press/ password: press), select “Media”, then “Cycling”, then UAE Tour. The photos are free of charge for editorial use, as long as both the UAE Tour and the photographer’s name is quoted. 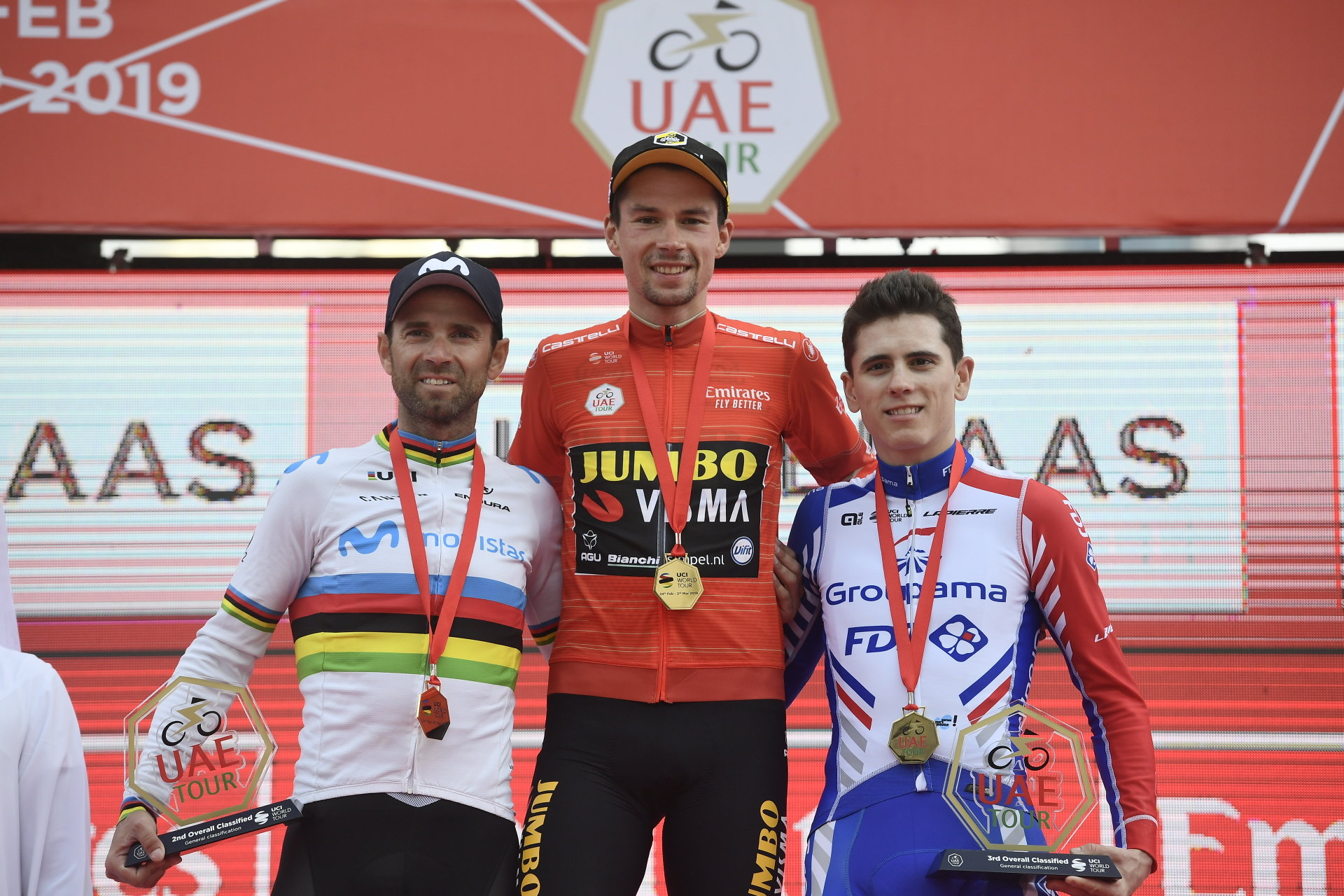