The first UAE Tour from A to Z 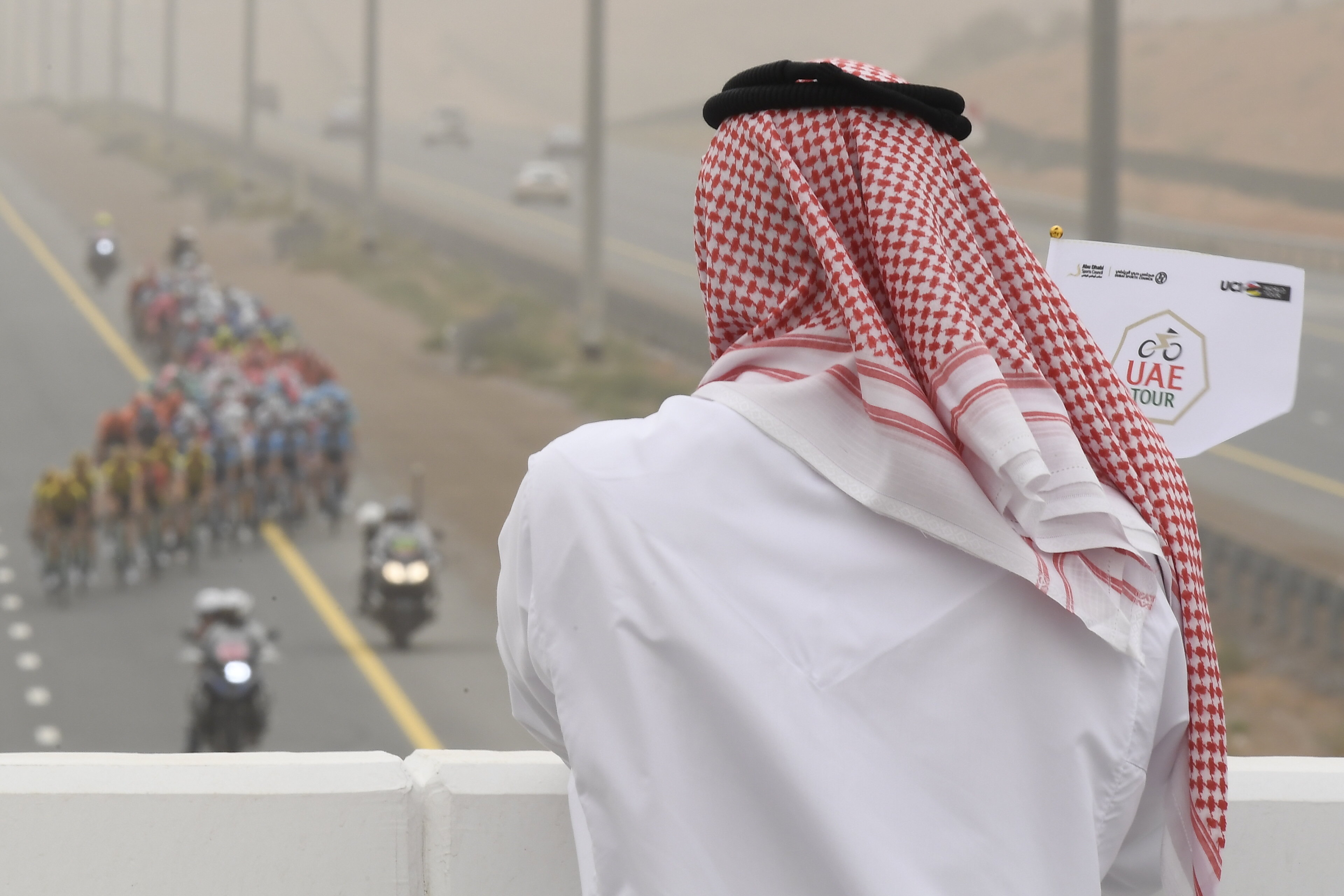 Dubai, 3 March 2019 – The first edition of the UAE Tour ended in style yesterday. Let’s relive it through this year’s “UAE Alphabet”:

As well as sponsoring Stage 1, the Team Time Trial, ADNOC was the sponsor of the Green Jersey, the Classification by Points Jersey. This was worn by both Jos van Emden (Team Jumbo – Visma) and Fernando Gaviria (UAE Team Emirates), for one day each. It was then worn by Stepan Kuriyanov for four days in a row and won by Elia Viviani after the last sprint at City Walk.

B FOR BLACK JERSEY

The Intermediate Sprint Jersey, sponsored by Abu Dhabi Aviation, which was awarded to two riders: Primoz Roglic and (Team Jumbo – Visma) and Stepan Kuriyanov (Gazprom – RusVelo), who defended it until the very last day. Strangely enough, he wore it during the race only on Stage 3, being the leader at the same time of the Green Jersey.

The 2020 UAE Tour will reverse the 2019 route. It will start in Dubai and finish in Abu Dhabi.

The General Classification Jersey, sponsored by Emirates, was worn by Primoz Roglic of Team Jumbo – Visma from the first stage to the last.

The two fan zones at Yas Mall and City Walk were a great success. Both were packed with fans every day, enjoying the cycling-related activities, the kids’ areas and the race live on the big screens.

The UAE Team Emirates acquired the services of the world’s current fastest sprinter, Fernando Gaviria, who scored a historic home victory on Stage 2 in Abu Dhabi.

The UAE Tour provided over 3,700 square metres of hospitality area for all the guests, with a total of 4,000 lunches served during the seven stage.

I for Intermediate Sprint

The winner of the Intermediate Sprint Classification Stepan Kuriyanov of Gazprom – RusVelo was in the breakaway for four consecutive days, together with Charles Planet from Team Novo Nordisk, a unique team made up entirely of diabetic cyclists.

The UAE Tour was a trending hashtag in the UAE for eight consecutive days. Other impressive numbers include: over 6 millions of impressions on Facebook; 1.6 million on Instagram; 1 million on Twitter; and 3.3 million Facebook video plays.

Mubadala was one of the top sponsors of the inaugural UAE Tour. In addition, the Abu Dhabi-based company was a proud supporter of both the Educational Project and the UAE Tour Challenge.

The UAE Tour delivered more than 16,000kg of team equipment from all the five continents, provided more than 4,000 nights of accommodation and approved around 2,000 accreditations, including riders, team staff, VIPs, officials, media, TV production and sponsors. 50km of barricades were placed during the seven stages and 14,000 meters were branded with the names of the UAE Tour sponsors.

16’49.02” was the recorded time of the Jumbo – Visma squad at an impressive average speed of 57.086km/h in the opening Team Time Trial in Abu Dhabi.

The inaugural UAE Tour has a fantastic winner in Primoz Roglic who keeps improving his results since landing late in the WorldTour following his first successful sporting career as a ski jumper. The Slovenian is tipped by many experts to become the world’s number 1 in the coming few months.

“I started cycling in 2012 after being a ski jumper. For some cyclists, results have come quickly and easily but for myself it’s been a long and difficult journey to reach this level,” said the winner of the UAE Tour, Primoz Roglic, during the final press conference.

140 riders started the UAE Tour on February 24. 131 completed all seven stages. The General classification by teams was won by Bora – Hansgrohe. Their riders completed the seven stages in 78 hours, 52 minutes and 35 seconds.

Over 2,000 students from ten different schools in Abu Dhabi, Al Ain, Hatta and Dubai attended the Educational Project supported by Mubadala. The UAE Tour Educational Project is aimed at introducing children aged between 8 and 12 years old to cycling as a part of a healthy lifestyle and safety on the road. It is geared to be a first step into developing an interest in cycling at a young age, with the UAE Tour becoming a major event, inspiring and creating a connection for the youth of tomorrow.

Big thanks to the UAE Tour Official Car, Audi Al Nabooda, who provided a total of 70 cars for teams, jury and race management.

It was a long awaited first win for Alejandro Valverde after he became the World Champion in September 2018. It happened at Jebel Hafeet where the Spanish rider repeated his victory of last year but with an even better taste, due to the famous rainbow stripes.

The biggest size required for the official UAE Tour Jersey, made by Castelli.

The best Young rider David Gaudu, awarded the White Jersey sponsored by Nakheel, is on the final podium with two established champions and ahead of many others. It’s his first ever WorldTour podium, and we are witnessing the probable birth of a future champion in the UAE.

H. H. Sheikh Khalifa bin Zayed declared 2019 as the Year of Tolerance. The mission of this celebration is for the UAE to be a bridge of communication between peoples of different cultures in a respectful environment that rejects extremism and emphasises the acceptance of each other. The UAE Tour was certainly part of this vision, thanks to 140 riders from 28 different countries and five different continents.

From the official online pressroom the media can download high resolution pictures of the race. In order to download the pictures, just go to http://pressroom.rcssport.it/ (username: press/ password: press), select “Media”, then “Cycling”, then UAE Tour. The photos are free of charge for editorial use, as long as both the UAE Tour and the photographer’s name is quoted.